My husband and I photographed Laurie and Chris’s engagement session along with their fur baby, Rico.  Rico is a little young and very active – it was not easy to get him to sit still. It’s like trying to get a toddler to stop moving for a few seconds – haha. I had made a sign for them so Rico could announce their engagement and wedding date. We propped it in front of him and he leaned over to read it. While reading it, he drooled right down the chalk board. Luckily, it ran between the words.

Both of them work for the US Forest Service in the Bayfield CO office. Laurie is an administrator in the office, and Chris is a wildlife biologist. Of course, that’s how they met when they ended up at the same office near Durango CO. They’ve been together for two years and were engaged in December.

They are both great, loving, and fun people.  Chris put his biology skills to work by naming the type of squirrel that had left a pile of poo on the rock they were going to sit on, then he promptly brushed it off.

Laurie plays the bagpipes in a Celtic group and Chris loves to bird watch. They both love to hike, have 3 dogs, and one cat. The cat is the boss of the household. I understand that perfectly because we have a cat as well.

They were married at Ridgewood Event Center in Durango CO on 6/21/17 and I’ll be posting their wedding photos soon.

Enjoy! and thanks for looking

Cuddling by the river 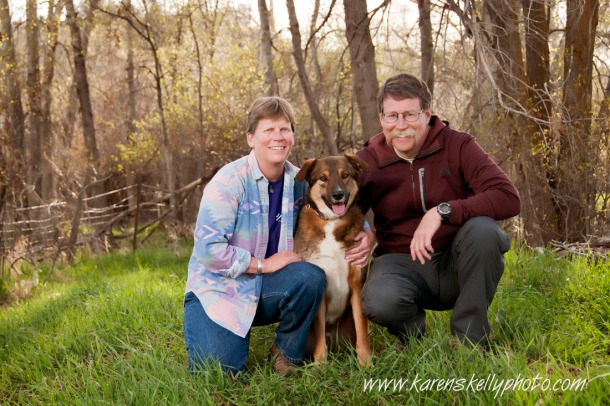 The three of them are officially engaged

Chris has his binoculars and Laurie is playing the bagpipes 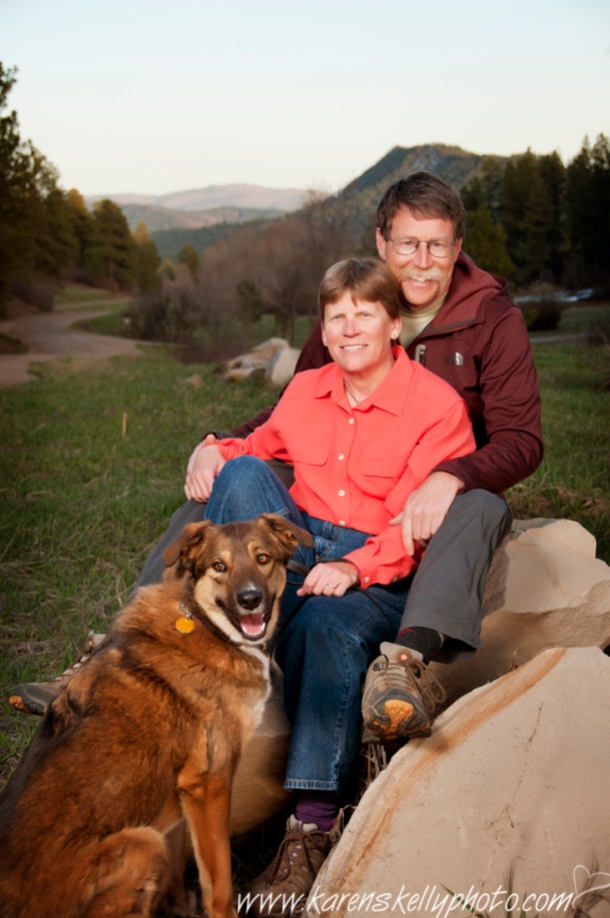 The three of them hanging out on the rocks